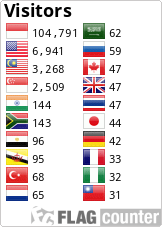 
Conceptualization Interpretation Studies Farid Esack In the book Qur’an Liberation And Pluralism An Islamic Perspective Of Interreligious Solidarity Against oppression About Verses Poverty The Qur'an is an indication of human life guidelines that would follow, it is not only related to the issue of 'ubudiyah but also social problems such as poverty which we will discuss the contents of this paper. In the life of modern society can not be separated from the problems that often become the color in the life of society itself. One of the many problems facing humans is the problem of poverty. The problem of poverty is as old as human age itself and the implications of the problem can involve all aspects of human life. In this issue has been widely discussed theories of poverty, including Farid Esack in book the Qur’an, Liberalism, and Pluralism: An Islamic Perspective of Interreligious Solidarity Against oppression describes the oppression that is one of the causes of their poverty. In this paper the problem under study is poverty caused by oppression. The purpose of this research is to suggest that poverty is caused by certain factors, and the solution to the problem. For that main reference in the discussion is karaya one of the leading figures of the Qur'an interpreter Farid Esack. The method used is a literature study, or better known as research libraries in other words the author uses the method of collecting and analyzing data. This study refers to the study in which the object is written by qualitative method. The results of this study relate to the suppression of a party to another party with a certain background of interest for an interest that benefits some parties regardless of the perceived consequences of others. The solution can be taken as a conclusion justice, hijrah, jihad, prohibition practice of riba ', ban the practice of moneylenders, landlords removal system, alms. After all that can be accomplished, then the life of humanity based on equality in the eyes of human beings, and avoid the values of oppression.

This work is licensed under a Creative Commons Attribution 4.0 International License.